Thank you for viewing our profile 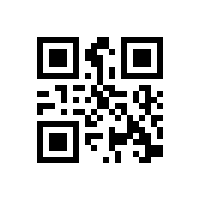 If you would like to learn more about us, please call 1-800-ADOPTION (2367846), fill out the form at the bottom of our on-line profile page, or email us at bp_information@americanadoptions.com.

To revisit our on-line profile page and view our profile video at American Adoptions, simply use your mobile phone to scan the QR code on the right. We are looking forward to hearing from you!

Adoption for both of us is one that we see as a gift and a calling. We are grateful that you are taking the time to consider our profile. We have had lives filled with love, learnings, dreams and excitement all of which we are excited and eager to share with a child. Choosing us to be the parents of your child would mean the world to both of us. We hope you are able to see the love and joy that we are excited to bring to your child's life and we are excited of what the future will bring.

Our Most Memorable Moment

We met scuba diving in the Pacific Northwest on a dive boat. At the time Paul was a diving instructor and Liane was a newer diver just getting certified a few months prior. We met and as soon as our eyes met there was an instant spark and connection. After that day we became dive buddies and best friends. Fast forward a year and half later and we started to date.

Our most memorable moment was when we got engaged. Our favorite dive location is in British Columbia, Canada at a resort called God's Pocket. Paul had everything planned without Liane having an idea. There were 12 other people on the trip with us, and they were all aware of what was about to happen. The boat Captain told Paul which dive would be best and it was on! Just before we dove in the water, the Captain said to Liane, "This is going to be the best dive of your life!" It sure was! After a 45-minute dive as we floated at 18 feet, Paul pulled out a 3'x3' sign that had the proposal on it. Liane was shocked, everyone got to see her give him an OK sign, but Paul got to see her eyes and her fast head nod of "YES YES YES!" That image will forever be burned into our minds.

We love to travel, both domestically and internationally. We met scuba diving and that continues to be a favorite hobby. We've been able to travel to different countries on scuba diving trips.

When the pandemic started, we bought a motor home so we could still travel locally and bring our dog, Nala. At 34 feet long, the motorhome is large enough for a family as we have always hoped to have children. Liane's parents have a trailer of their own and often join the adventure.

Liane's family has a beach house where she enjoys boogie boarding and walks on the beach. We plan to visit the house together more often now that travel is more open.

We also enjoy spending time at home and doing activities outdoors like hiking, tending the yard and walking the dog. The families in our cul-de-sac are close and enjoy activities together at home, like an impromptu breakfast and yardwork on the mutual driveway. We also recognize the importance of time together and on our own and strive to assure each other's needs are met.

When we started the discussion on adoption, we knew from the start that our decision was not going to be based on gender or racial factors. Our families have always shown and taught us unconditional love and appreciation for the differences that make each person unique.

Our extended family is very diverse. Liane's mother is from Vietnam and as a child Liane was exposed to the cultural differences of her heritage. Paul had a nephew from Central America and was with him for over 10 years and has a deep respect and understanding of the culture in which him came from.

We also have a very diverse group of friends that represent many nationalities and races and who have all said they are going to be fighting in line to be the first uncle or first aunt.

No matter our child's background, we will provide the ability to learn about a variety of cultures, and take those learnings and build those into new family traditions.

Our House and Neighborhood

We live in a small town in the foothills of the Cascade Mountains about 30 miles east of Seattle.

Our house is in a small neighborhood of approximately 25 homes. Our two-story home is on a cul-de-sac with three other homes. We have nicknamed our area "The Quad" as the four houses are in a square configuration. We are very close with the other families in "The Quad." We have campfire nights with s'mores and we enjoy seeing all the children (who range in age from 2-15) play together.

There are two different parks in the area, both are less than a five-minute walk from our house. One park has swings, sandboxes, slides and jungle gyms, while the other has basketball courts.

Our community is very family friendly. We have block parties with all the families in the neighborhood at the start of summer, end of summer and Halloween trick-or-treat events. The community is fun, relaxing and most of all beautiful! We can walk outside and see mountains every day. From November-April they are snow covered. At times it is a postcard view!

We are both excited for the opportunity to be able to raise a child and to share our adventures, life lessons and dreams with them.

Liane's family lives just 20 miles from us and we are able to spend each holiday with them and share in events such as birthdays, Father's Day, Mother's Day, 4th of July and others. We are excited to pass down the tradition of Liane's dad picking her up to hang a Christmas decoration from a light in the foyer to our child and having them take that on.

Paul's father lives on the east coast and visits multiple times a year and will combine one of his visits with a holiday. Paul and Liane's dad both enjoy smoking different meats for family and friends and it is always fun and exciting to see what might be on the smoker for any event that we have.

When we told our family and friends about our plans to go down the path to adoption to grow our family, we heard nothing other than words like, "fantastic," "so happy for you both" and "excited to be a part of your child's future!"

From Us to You

Thank you for taking the time to learn more about us. We can't imagine how difficult this decision must be.

We have been together for seven years and married for five. When we got together we both knew we wanted children together, but after several attempts and much hope, were not fruitful. We decided that there was a different path for us.

Adoption is something that was already close to our hearts. Liane has wanted to adopt since she was a child. Paul helped to raise his nephew and acted as a father figure to him many years ago. These life experiences all lead to us realizing that adoption would be our path forward. Through much reflection and discussion with each other we realized that adopting a child together is our true calling.

When we met, there was an instant spark. Such a spark that we both had to look away immediately. We became dive buddies for scuba diving and in less than a year became best friends and all the while created a circle of friends with each other in and out of the water. Our friends breathed a sigh of relief when we started dating, as they shared after we started to date, we could all see it and were just waiting for both of you to admit the connection. We are both spiritual and believe we are soul mates. We don't argue. Rather, we talk out anything that is upsetting.

Paul has been in the tech industry for over 25 years, from large companies to startups and now is an Engineering Manager for one of the biggest tech companies in the world. Liane is a radiation therapist in the cancer center at the local hospital.

Raising a child together has been a dream of ours since we met. We both have careers but are happy to be a position for Liane to take a break from her career at the hospital to stay at home with a child for at least first several years. We live in cul-de-sac of four close families with children ranging from 2 to 15. The driveways of these four homes are connected with a common driveway and we often spend time outside together, planned and unplanned. We have planned BBQs in the driveway, and even have spontaneous events like the time one of our neighbors brought out a portable griddle and cooked breakfast for the for everyone. The kids ride their bikes or play in the driveway. All the dogs are outside playing as well.

We will cherish the role you play, whatever it is we agree upon. We are happy to send regular communication and share with you the growth of your child. We will always be open about adoption with your child. You are significant part of the child's life and making a brave decision and we will always honor you in our family.

Provide more information, so American Adoptions can connect you with this family.